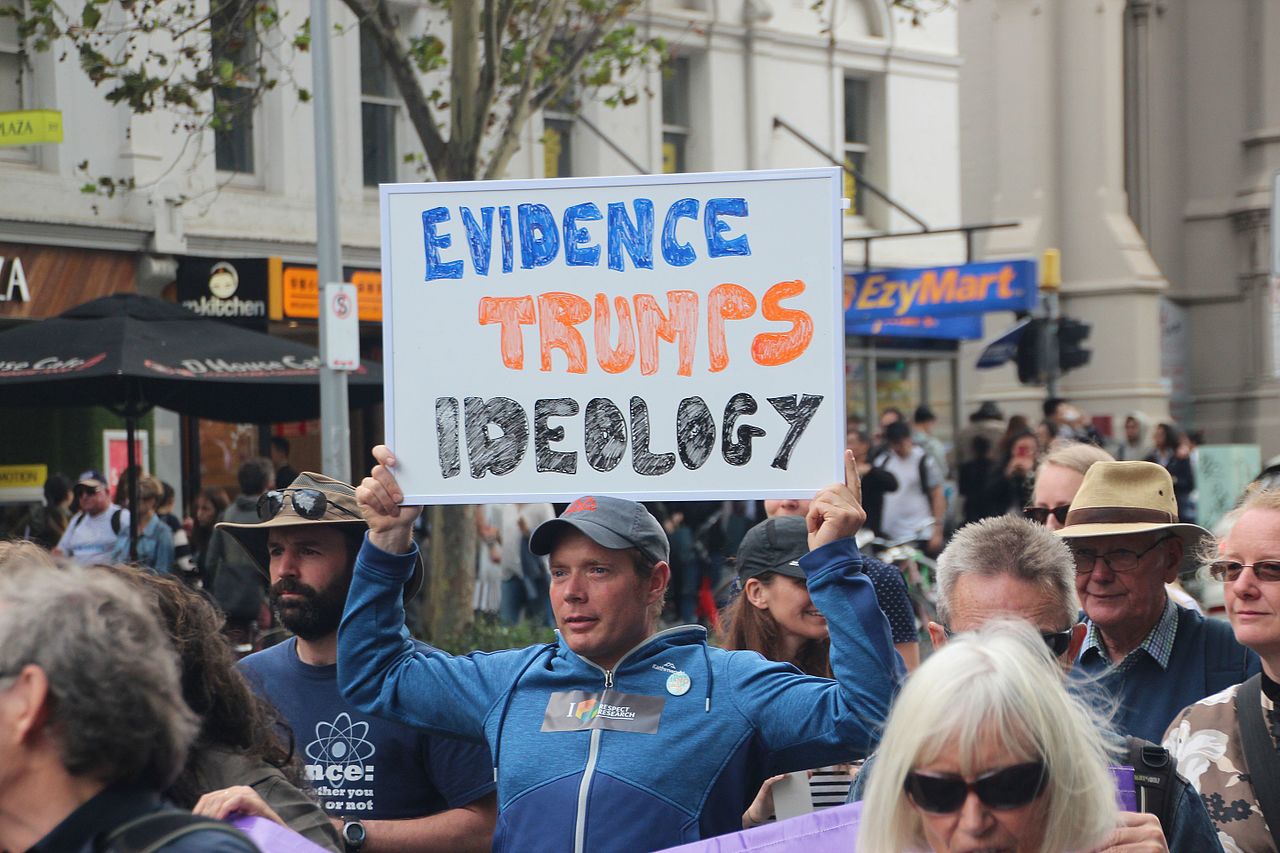 Photo by takver CC BY

There are four elements that are imperative for the critique of an ideology. These are antagonisms, symptoms, fantasies, and reproduction. Without some accounting for these four elements, the critique reduces to a fancy assertion of ‘your beliefs are wrong’ or ‘your beliefs are unscientific’. The point of ideological critique is to point out how large groups of people, oftentimes good and smart people, hold certain kinds of usually problematic beliefs. Ideology is notoriously difficult because when it completely captures us, new evidence that goes against our beliefs actually becomes support for the ideology. If we are to critique ideology in software, e.g. Why one programming language is dogmatically chosen over another, we should have some accounting for these elements in a serious critique.

The first concept that is imperative for ideological critique is the antagonism. The antagonism is a general concept that includes paradoxes (things that seem like formal contradictions, but are not), contradictions (beliefs where a = non-a at the same time and in the same sense), and traumas (events that affect the psyche of humans). One particularly nuanced concept within ideology is the idea of a totality, which can be a paradox or contradiction. The philosopher Slavoj Zizek often looks for totalities in ideology in order to expose underlying paradoxes and then links them to a symptom. A paradox within the seemingly successful software community is the invisible graveyard of failure, failed startups and uncompensated 80+ hour work weeks at the pay rate of a 40 hour work week, with all the surplus being delivered up the hierarchy.

Symptoms are how antagonisms manifest in the individual or in society. A symptom is nothing but a disguised antagonism. An example of this in society is Ronald Reagan’s popularization of the ‘welfare queen’ of the ‘80s. The antagonism here is the paradox or trauma of the best economic system in the world breaking down, and then the symptom takes the form of the welfare queen as the scapegoat. The perpetual startup programmer is a symptom of the startup graveyard antagonism: those who lose just didn’t work hard enough.

Fantasy, according to Slavoj Zizek, teaches us how to desire. At a high level, his description of ideological fantasy takes the form of cynicism, specifically a ritual imbued with cynicism. There are seven facets of fantasy: schemas, the gaze, intersubjectivity, inherent transgressions, empty gestures, a primordial loss, and narratives. He normally illustrates fantasy through a critique of cinema, presumably because if we support a film with our money and attention we must support the underlying ideology in some way. The external ritual with the cynical distance is present in our daily, Dilbert-like meetings in which a non-technical manager directs us to use technologies that are optimized for the average programmer but lack real power.

One of the most important elements of ideological critique is how ideology is reproduced. It is not enough to show how an idea entices our minds. We must show how it also propagates to other minds. Interpellation, supported by mandates, or calls for others to join the ideology, is how Zizek and Althusser explain this portion of ideology. We become members of the software technocrats’ communities through a performative mandate that creates our identification.

In order for us to use the term ideology in a meaningful way, other than as just a fancy word for ‘you are dogmatic and wrong’, we need to account for other people's irrational enjoyment. The best way to capture the edge cases, the irrational enjoyments and conceits, is by using a critique that can account for even the creative parts of our lives, like film, poetry, and music. Any ideological critique must include tools that are broad enough to account for these parts of our lives.

For a more in depth critique of programming language ideology, see The Plague of Programming Languages

Special thanks to Krista Williams, Lucina Stricko, and the Vulk team